I am going back to campus more empowered and energized. I told them they both had to come to the board and that one would write, and one would explain to the class. This was quite a discovery for me, as the entire grammar piece of my class is structured in the following way: I reminded them that they were limited to asking for clarification or expansion and offering suggestions, which they did until the pair with the wrong answer recognized where their thinking had gone wrong. To diminish these behaviors, I have incorporated many active-learning strategies into my classroom, but I continue to see many non-engaged behaviors that suggest to me that students are still not actively engaging in the planned activities.

I have never before felt a workshop I attended helped me to teach. I was amazed to discover that many of my students did not, on their own, make any further attempt to solve the problem. Ask students to solve a set of problems, alternating roles with each new problem. They wanted to think silently until they could say the answer. I also achieved my second purpose, which was to have students learn to identify relevant information in this case, subject-verb agreement rules and apply it to particular instances.

No students found a way to avoid participating in this activity.

At the time, I thought it was an interesting presentation, but quickly dismissed the idea that I could possibly adapt Think-Aloud Problem Solving to suit my purposes. I still often see students who refuse to speak or contribute in any way during small-group discussions, students who write one or two sentences and close their journals when I have asked them to write non-stop for five minutes, and students who are doing homework for some other subject during my class.

Ask students to form pairs. As an instructor of English composition mostly developmentalI have struggled to find ways to get students to engage themselves actively in their learning activities.

I also achieved my second purpose, which was to have students learn to identify relevant information in this case, subject-verb agreement rules and apply it to particular instances.

On a scale ofI rate the overall value I received from the workshop as a To have students actively engage in the learning process To have students learn to identify relevant information and apply it in the solution of a problem To have students learn and practice problem-solving strategies A set of problems to solve I used problems from the grammar workbook I use in my class Plenty of writing instruments for writing on the board dry erase markers for whiteboards, chalk for blackboards, etc.

In my 31 years of teaching this was the best and most critically needed of any workshop I have ever attended. Ask students to solve a set of problems, alternating roles with each new problem. 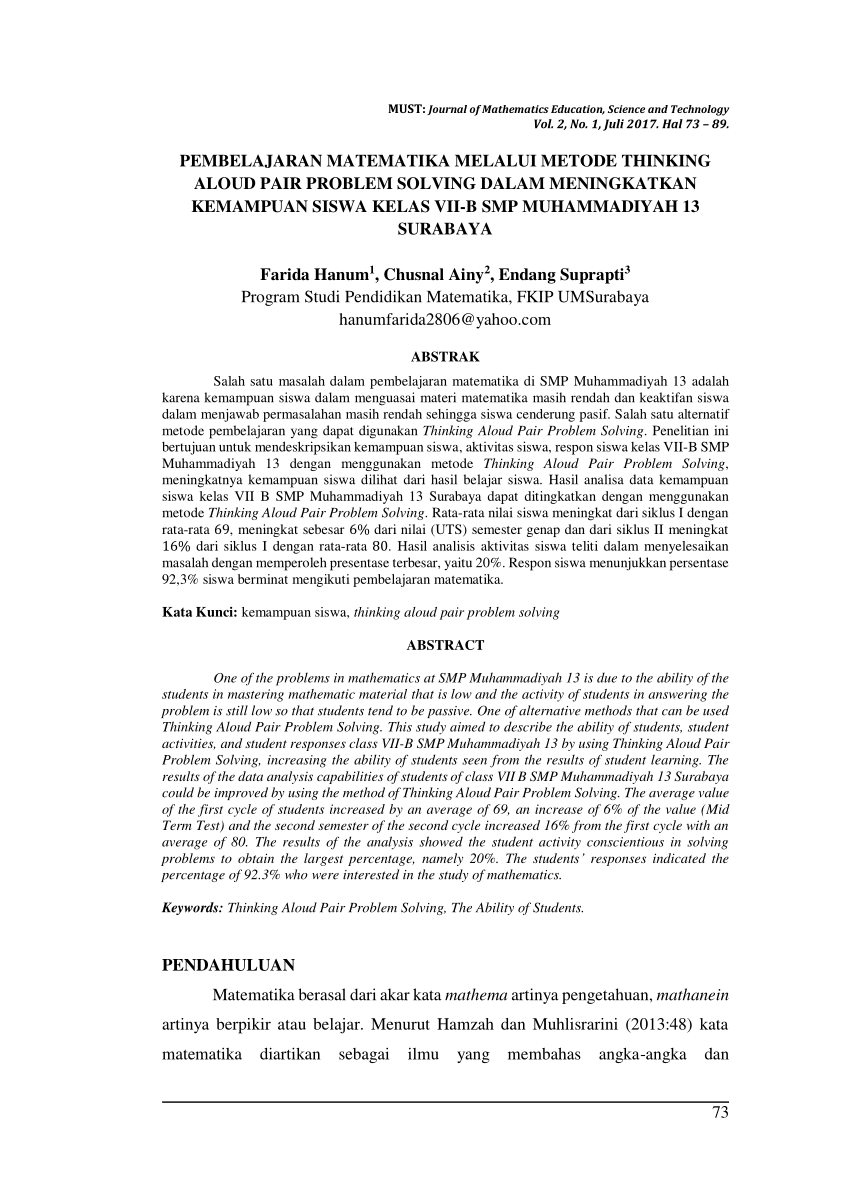 Ask students to share any insights they had about learning to solve problems. It helps to model the process so students can see what it looks like. I have never before felt a adlaah I attended helped me to teach. That tells me that they have never learned that they need to develop some strategies for solving the problems that confront them.

The listener may also ask clarification questions and offer suggestions, but should refrain from actually solving the problem. It appeared to me that this was aadalah habitual behavior for them—it was as if they were accustomed to giving up if they did mftode immediately know the answer. Thank you so much on behalf of myself and all of my present and future students! Thank you for making me a better teacher. Had I spent more time considering a debriefing activity, I think students would have been able to learn more than just the one I really focused on.

This workshop should be adapah for all faculty, staff, and administrators. Patricia Cross, and Claire Howell Major. Two of the pairs arrived at incorrect answers, and many students noticed. After all of the adalau had solved all of the problems on the second page of the handout, I chose three pairs at random and asked them to choose the problem that challenged them the most and write it on the board.

The listener listens carefully, following the steps taken by the problem solver, attempting to understand the reasoning behind the steps, and offering suggestions if necessary.

The On Course Workshop was the most productive learning experience I have had in years. After all three pairs had finished and returned to their seats, I repeated the (yapps) with a second handout with different specific subject-verb agreement rules and appropriate problems to be solved.

Finally, I believe I achieved my third purpose, but not as well as I might have liked. I reviewed Point of View by writing typical first- second- and third-person pronouns and nouns on the board. I definitely achieved my first purpose, which was to have students actively engage in the learning activity. Then I randomly called on students to answer one question at a time from thinkong workbooks.

As I moved around the room, I repeatedly found students thinking silently before they would speak. Students have specific roles—problem solver and listener—that they alternate with each problem.

Before I started the think-aloud activity I introduced the general grammar rule that subjects must agree with their verbs, and asked them to turn to the appropriate page in their workbooks. It would be helpful here to have these roles written on the board, overhead or handout. Now, however, I think this activity has the potential to yield for me many new nuggets of information, and I am looking forward to revising my curriculum to incorporate the activity much earlier and often throughout the semester.